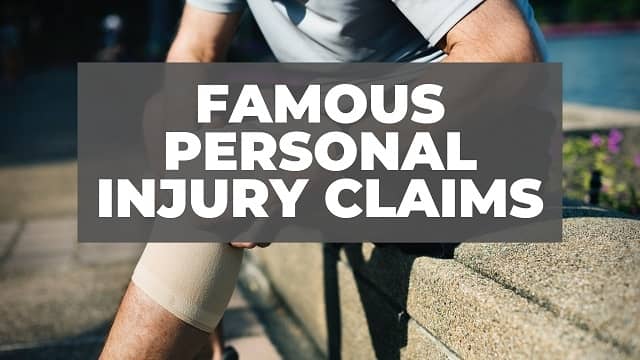 If you’re looking for financial advice, take a look at yourmoneysite.com. There are many times in life when you can come into some unexpected money and it’s important to know what to do if you do. Take these personal injury claimants for example. Personal injury is any injury to the body or mind which has been inflicted upon you by another. Lots of people make personal injury claims all the time, mainly as a result of injuries gained in the workplace. Personal injury is something that could occur at any time and it is important that you are prepared in case it does, so make sure you have a specialist lawyer on hand, such as west coast lawyers. Here, we run through some of the most well-known personal injury cases to date.
9/11

It goes without saying that the famous attack by terrorist group Al Qaeda during which New York City’s Twin Towers were demolished, resulted in a major class action lawsuit to compensate for the huge human and financial loss. However, the most famous personal injury claims of this time actually came from those who helped to rescue the injured and clear up the area afterwards. They claimed to have been subjected to adverse environmental conditions which effected their health, and a total of 9000 individual cases were raised. The main health conditions they claimed for were respiratory diseases and cancer, but the defendants claimed there was no evidence of any link. In 2011 the cases were finalised and in total, a payment of 712 million dollars was made to the claimants but in the form of a fund which provided help to those who had developed illnesses since.

Gloria Estefan was a famous singer in the 1990s and she was a victim of a very unlucky accident. Estefan was touring in a tour bus at the time and a tractor nearby unfortunately lost control of its trailer, which then careered into the bus. The resulting impact affected those inside, especially Estefan who suffered a broken back. As a result of this, she was forced to stop touring for a year, which meant that she suffered significant financial losses. Her injury was so severe that she also had to learn to walk all over again. Estefan raised a law suit against the tractor trailer company and was successful; she was awarded 8.95 million dollars in total. The tractor trailer company then sued the company who were operating it at the time.

Fast food giant McDonald’s was involved in a very high-profile law suit back in 1994. The claim was raised by a lady name Stella Lieback who had been the victim of McDonald’s’ decision to serve their coffee at piping hot temperatures, which were higher than the recommended average. Lieback ordered her coffee in the drive-thru and when it was given to her by a member of staff, it was spilled into her lap, causing her to suffer serious burns. Originally, she took them to court in the hope of winning 20,000 dollars however the judge decided to sue for punitive damages too, to make an example of McDonalds and because he felt that the compensation did not suffice. In total, Lieback was awarded a staggering 2.7 million dollars.

This site uses Akismet to reduce spam. Learn how your comment data is processed.