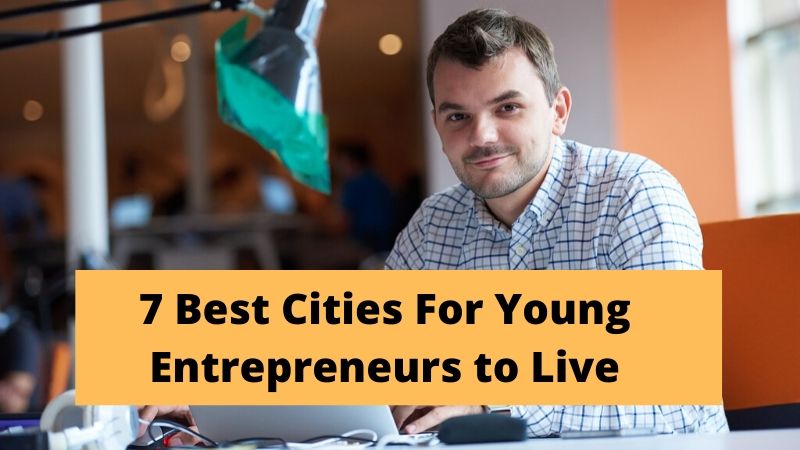 You’re young and motivated. You’ve had the entrepreneurial bug ever since you can remember. The thought of working your tail off to make someone else rich completely demotivates you.

You want to work hard and reap the benefits yourself.

If this sounds like you, it’s time to look at the best cities to move to that will give you a leg up on your entrepreneurial dreams.

Here are the best seven cities in America to move to as an aspiring entrepreneur.

You read that right. Not NYC. OKC.

Oklahoma City has 1,842 young entrepreneurs living in the city, which makes up 13% of the entire population. The city has worked hard to bring in as many millennial entrepreneurs as possible.

You should be one of them. You’ll feel right at home.

Salt Lake City is well-known for having a huge tech industry. As such, it’s a magnet for young entrepreneurs.

There are currently 1,973 millennial entrepreneurs calling Salt Lake City home, which is 17% of the city’s population. This will give you countless networking and idea-sharing opportunities to help drive your career forward.

The number of millennials migrating to Denver is well-documented. Today, almost 4,000 young entrepreneurs live in the city of Denver. They make up about 12% of the city’s entire population.

Millennials love living in Denver due to the active lifestyle the city brings. There’s always a lot to do on off times. Follow your non-work passions like hiking and skiing. Then enjoy the largest number of microbreweries you can find outside of Portland, OR.

Speaking of Portland, it comes in as the number 4 best city for young entrepreneurs.

Currently, there are nearly 2,800 young entrepreneurs living in Portland, making up around 11% of the population.

Portland is known for celebrating the “weird” in its culture.

If you’re more of the series type, you can explore the Oregon Zoo which protects dozens of endangered species. You can also head to the Portland Japanese Garden or the Oregon Museum of Science and History.

The number five best city for young entrepreneurs to live is in Miami, FL. In fact, overall Miami ranks at the top of the list for the rate of brand new entrepreneurs in a city, with over 560 for every 100,000 adults starting their own businesses each and every month.

Miami’s pollution levels and overall infrastructure are some of the absolute best in the country as well. Beyond that, it’s near the top of the list for venture capital money, with a total of $1.3 billion in investments in 2018.

With that said, if you’re already in Miami, but want to try out another great entrepreneurial city, contact Suddath Miami long distance moving company.

Trailing only Detroit and Chicago as the largest overall Midwest economic centers, Minneapolis has nearly 4,000 young entrepreneurs, making up about 11% of the overall population.

It’s also home to Fortune 500 companies and US Bancorp, Target and Ameriprise Financial.

Deep in the heart of Silicon Valley, San Jose is known for successful tech entrepreneurs. Many of them are young entrepreneurs. In fact, nearly 2,200 work in the San Jose metro area, which makes up 11% of San Jose’s population.

San Jose is a global city, and is designated as a US Foreign Trade Zone.

Choose the Best City For Your Dreams

There’s never been a better time to pursue your entrepreneurial dreams. Choose the best city for you, then get the ball rolling!

This site uses Akismet to reduce spam. Learn how your comment data is processed.